Some people are born to make reforms in this world. Perhaps, Anna Eleanor Roosevelt was also did born for the same purpose. From the month of March 1933 to April 1945, she served in the US as the First Lady of the United States. The tenure of service shows that she had been the longest-serving person in the role. She was an outspoken person, and thus, there were regular controversies over her. But the greatest boon she had was her concept of human rights.

You will find many quotes of the personality regarding the marines. She had deep respect and gratitude for them due to several reasons. By the summer of 1943, the Allies were going through a crucial time to manage some difficult victories. With the invasion of Sicily, the military was hopeful about capturing Italy. The surrender of Grman forces in North Africa and island hopping policy made the American forces travel to the Solomon Islands.

The publishing of Richard Tregaskis’s “ Guadalcanal Diary” depicted the heroic efforts of the United States marines. Now comes the remarkable decision of Eleanor Roosevelt to visit the Allies in Australia and New Zealand through a month-long tour. It is at this time that the First Lady got the opportunity to watch the efforts and activities of the marines closely during the war. So she emphasized the visit to the sailors and soldiers who are living in the islands, separated from their families for a long time. 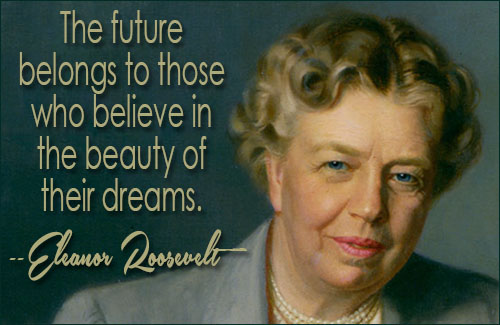 The zeal to perceive

The decision of the South Pacific journey was indeed controversial. But the lady had the zeal to meet the heroes who were protecting the motherland and trying to prove the power of the country in every corner of the world.

The moral value of marines

Eleanor Roosevelt had spoken the right words when she said that these marines had the highest morale. After all, how many of you can be ready to give up your lives for the sake of your motherland? And that too, without a single thought? The marines did that. The country had been fortunate to have such heroes as saviors and protectors. They have always focussed on what is right and what is wrong at the time of war.

She was true to state that the marines have the highest morale. You can never match the confidence level and the enthusiasm of the marines as they chose to serve the county staying at the remote islands. They knew that they might not meet their families ever again. Still, they maintained the discipline of a soldier and confidently went to the war.

Her quotes have always been about the mentality and confidence of soldiers instead of analyzing the war and peace.